Browse: Home / Android, Top Phones, Videos / A Closer Look at the HTC Desire HD and the New Features of the Sense UI 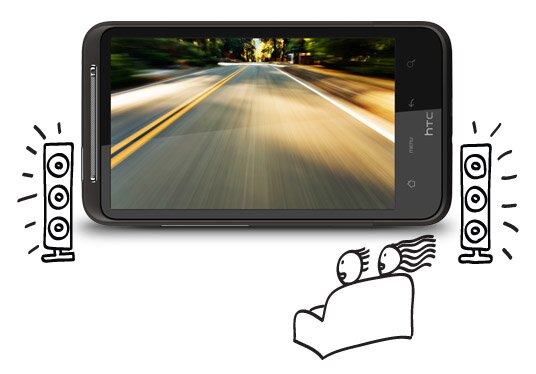 I just couldn’t resist posting this, a 7.5-minute video HTC added to its YouTube channel late last night that does a superb job presenting the upcoming Desire HD and the new features of the Sense user-interface. I badly hope that all this good stuff eventually gets ported to other HTC devices by the modding community, because it seems unlikely that older phones will receive an official upgrade, but who knows? I’m impressed by the innovation HTC brings and I for one wouldn’t mind carrying this bad boy in my pocket. What initially disappointed me to some degree, was the decision to just include a 800MHz processor, instead of the 1GHz Snapdragon that has been standard for high-end Android phones in 2010. However, thanks to the new Adreno 205 GPU, the Desire HD will apparently be HTC’s fastest Android phone yet, and the device raises the bar with a whopping 768 MB of RAM. If you want your next phone to be one of the very best in the world, you most likely can’t go wrong with the HTC Desire HD.