Browse: Home / Android, Guides and tutorials / Tutorial: How to create and apply your own custom Android boot animation

Tutorial: How to create and apply your own custom Android boot animation 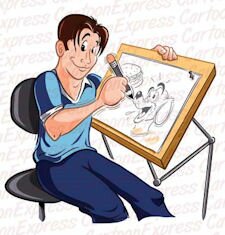 Yesterday, I wrote a guide to creating and applying a static boot screen for Android phones instead of the default animation that usually is displayed. Thus, it seemed appropriate with a tutorial for making a full boot animation as well. You naturally need a rooted Android device for this to work.

This is how the desc.txt file works

First of all, I really recommend Notepad++ for editing desc.txt.  Then you’ll know for sure that the integrity and format of the file will be intact. This is what the desc.txt that is included with TechCredo’s template looks like in Notepad++:

This is what the desc.txt for the standard Nexus One boot animation looks like:

It has an additional line of code: “p 0 0 part1”, and it specifies the folder containing the second part of the animation if you want to split it up. Other than that, the numbers mean the same thing as in the example above.

Before flashing a new custom ROM, you can just open the ROM ZIP-archive and replace the bootanimation.zip that comes with the ROM with your own boot animation if you want to use that one instead. Good luck!