Browse: Home / Android, Guides and tutorials / How to Softreset (reboot) the HTC Desire

How to Softreset (reboot) the HTC Desire 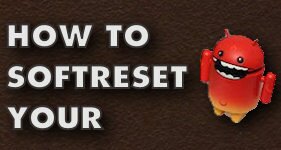 Here’s a quick Android tip that might come in handy from time to time. A softreset is essentially a reboot, and it turns your device off and then on again. This is useful if your Android is behaving badly, and when there are changes that won’t take effect until your phone is restarted. You could of course just manually shut down your device and then start it again, but a full-on softreset is quicker and smoother.

There are apps on the Android Market that perform a soft reset, but they all require root access. The key combination below is compatible with the HTC Desire, but it just might work fine on other Android phones as well, especially if they’re manufactured by HTC.

To softreset the HTC Desire, simply press and hold the trackpad, power button, and the volume down button simultaneously, and it will reboot.