Browse: Home / Android, Guides and tutorials / How to Start Your Android Phone in Safe Mode / How to Get Out of a Force Close Loop 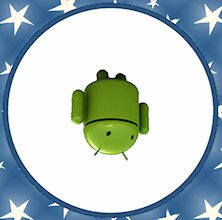 I recently checked out a port of Samsung’s TouchWiz: the launcher that is featured on the Android powerhouse Samsung Galaxy S. The port, courtesy of xda-developer’s member rolle3k, is mainly intended for the Nexus One, although it worked fine on my HTC Desire as well. I loved the look of the icons in the app drawer – they were as stylish as in the hands-on videos of the Galaxy S that I’ve seen, but other than that I saw no reason to stop using LauncherPro.

A few days later, I tried another TouchWiz port available at the xda-developers – this time one that was made specifically for the HTC Desire. I won’t link to it here, because that .apk caused my very first Force Close Loop. A ‘force close loop’ is when an unstable application is involuntary closed by the system, and then it’s automatically launched again, then closed, and this goes on and on, and prevents you from accessing any of Android’s menus to kill the loop.

In my case, even rebooting my HTC Desire didn’t help, since the TouchWiz port was launched every time the phone was started. That’s when I turned to Google and learned about Android’s Safe Mode.