Browse: Home / Android, Android Basics, Guides and tutorials, Reviews / The 20 Android apps I use most often

The 20 Android apps I use most often

There are certainly Android apps that are more cool, innovative and advanced, but these are the 20 applications I use the most from day to day. The list may be a bit boring, predictable and familiar, but the most practical apps are often less exotic.

Games aren’t included in this list, and neither are native Android apps such as Gmail, Gallery, Google Maps, Google Talk, YouTube, or the Messaging app. Widgets and live wallpapers are excluded as well. So, here are the 20 apps I personally use most often. Would your list differ a lot from mine? 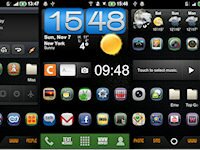 My favorite Android app, and by far the one I use most often because of its homescreen replacing nature, is LauncherPro Plus. It’s very customizable, powerful and makes using my Android more fun and convenient.

Here’s a list of 17 reasons to use LauncherPro, and here are some of the ways you can customize the app. I highly recommended it. 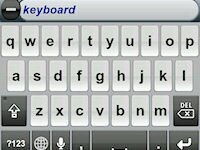 I have a thing for Android on-screen keyboards, and I’ve tried most of them. Nearly every keyboard lacks at least one great feature that another keyboard has, so taking the best bits from all of them would form the ultimate virtual keyboard.

Of the traditional QWERTY keyboards, I actually think the latest HTC Sense keyboard and the Gingerbread keyboard are the top two. SwiftKey is certainly not a bad choice either, but I feel it currently has too many annoying quirks. Of the gesture-based keyboards, I still believe Swype is the king of the hill. But for a reason that most likely has to do with money, it’s not available in the Market. Swype has a very peculiar closed beta program, even though the keyboard obviously is out of beta since it comes preinstalled on high-end Androids. I’m actually part of the beta program, but the latest Swype can’t be installed if you use custom ROMs.

Hence, I rock SlideIT and say “frak off” to Swype for the time being. The recently released version 3.0 is actually quite good, and has some advantages over Swype. Foremost, it’s in the Market. But SlideIT doesn’t require you to do that Swype special motion when writing the same letter twice, which saves time. I’ve grown quite fond of SlideIT and it’s fun to use. Want to try the worst Android keyboard? I would give that questionable award to 8pen. 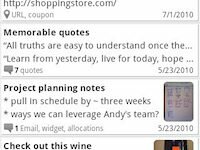 There are several excellent notes apps for Android, and Catch Notes is my personal favorite. I use its bundled widget to add notes and reminders on a daily basis, but the process is almost a bit too convenient – I currently have 373 saved notes.

Since Catch gives you access to all your notes via a slick web interface as well, it’s very easy to manage your notes from your desktop computer. I often use Android’s Share feature to add tweets or URLs to Catch that I want to check out on my PC later. Catch supports image and voice notes, and has reminder and tagging features. Recommended.

The official Facebook app for Android has received a lot of criticism, but it’s starting to get pretty good, and the latest version even supports Facebook chat. I have conflicting feelings towards the social network Goliath, but this ambivalence doesn’t stop me from logging in daily.

I just wish the developers would make the notifications visible right from the news feed, like the mobile website, so we don’t have to enter a separate part of the app to see them.

Twicca is my favorite Twitter app for Android, mainly because of its powerful set of features, and the app’s clean look that offers superb readability. I also enjoy that Twicca lets you color-code your Twitter friends, which makes it easier to find a certain type of tweet.

I’m a cineaste and I once studied film science. I’ve been very fascinated by movies since I was a little kid, and I watch a couple of hundred new flicks every year. With that in mind, IMDb is course one of the sites I visit most often. The official Android IMDb client is almost perfectly executed and if you’re even remotely interested in movies, it belongs in your app drawer.

I just wish they would let us rate and review movies directly from the application.

I realize that this is a widget, but it’s so feature packed that it feels like an app as well. It’s the must-have, standalone widget in my opinion. HTC Sense users already have a nice clock that shows the weather, but Beautiful Widgets is much more customizable. It supports themes, and can show a five day weather forecast with slick animations.

One has to have a solid file manager, and this is the best choice for Android users with root access. At the moment, however, I mainly use the MIUI file manager which can turn my SD card into an FTP server.

I’ve used Winamp as my only Windows music player ever since the late 90s. The Android version is good, comes with two widgets and using it is a nostalgic and comfortably familiar experience.

I’m bilingual, but sometimes I come across a word that I’m a bit unsure of. Then Google’s own superb Translate app comes in handy.

This open-source tool lets you quickly access the most common settings (Wi-Fi, GPS, Bluetooth, Silent Mode etc) from one single screen. It’s fast, and the app can be accessed directly from the notification bar or via a longpress on the Search key.

I use SwitchPro Widget for changing common settings, but I still use Quick Settings fairly often to check the state of my internal and external storage.

As a frequent visitor and active member of the greatest smartphone forum on the planet, xda-developers, I use the official XDA Android app to check out new ROMs and discuss all things Android.

This handy little utility for Android users with root access clears all your application’s caches with the press of a button, which can free up to ~10MB of precious internal storage.

There are two major music discovery apps for Android: SoundHound and Shazam. They automatically identify songs you want to know the name of by recording a few seconds of the music. An acoustic fingerprint based on the sample is then created and uploaded to a server, where it’s compared against entries in a database to find a match. Tests have shown that SoundHound is the better of the two apps, and I love its convenient homescreen widget.

Depending on which time of the year it is and whether or not I’m in a “photography period”, I use Vignette more or less often. It’s one of several great camera apps for Android, but Vignette is arguably the most powerful, versatile and feature-packed.

The Goggles app by the grandmaster G lets you take a picture of something you’re curious of, and it will tell you more about it. Pretty cool.  It can also serve as a barcode scanner, and it can translate words in English, French, Italian, German & Spanish.

As previously mentioned, Twicca is my favorite Twitter app. But I also use Plume from time to time, whenever I grow a bit tired of Twicca. Plume was formerly known as “Touiteur”, but Twitter asked the developer to change the name because it’s so similar to “Twitter”. No, it isn’t, Twitter, unless you’re the most dyslectic person on earth. Still, “Touiteur” was way too hard to spell and Plume is a better name anyway. Plume probably has the best and least intrusive implementation of ads I’ve ever seen in an app. Kudos.

Pulse is an exceptionally stylish news reader – and it’s completely free. Another great RSS reader for Android is News Room. I still mainly use the Google Reader website, but it’s fun to mix it up a little bit once in a while.

One of the best dictionary apps for Android that is good to have whenever you want to learn more about a specific word.

For a long period of time, I replaced Android’s native messaging app with the ridiculously customizable Handcent SMS. But ever since I started using an Android ROM called MIUI in September 2010, I use its own Messaging app instead. Still, I think Handcent SMS should be on this list. I’ve actually helped the Chinese developer with correcting the English translations, and you can see my name briefly fly by in the About box.

An app that definitely would’ve been on this list six months ago is Wapedia – my favorite Wikipedia app, although these days I find myself using the Wikipedia mobile website instead. If you want more Android app recommendations, you can check out either the guide to the top free Android apps here on TechCredo, or AndroidAppolo.com.