Browse: Home / Android, Guides and tutorials, Videos / The Motorola Atrix and its docking solution might have been the coolest things at CES 2011 [videos] 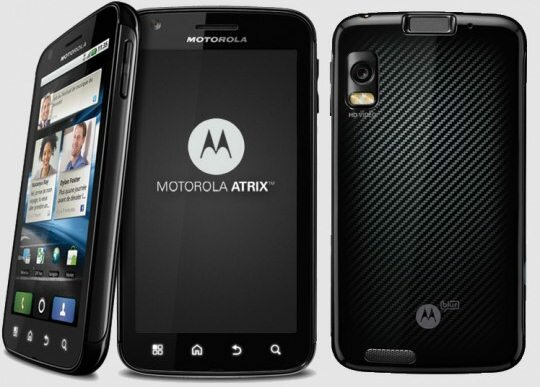 TechCredo isn’t about bringing the latest news; it’s more about documenting and listing the coolest things in mobile technology – the truly innovative stuff, stuff that’s impressive enough to even geek out a hardened tech geek. Such as the recently revealed Motorola Atrix superphone running Android that also can serve as a desktop and netbook computer, as well as a multimedia center for your TV.

For about seven years now, I’ve been all about technological convergence when it comes to gadgets. I haven’t been interested in MP3 players, media players, GPS navigators, handheld game consoles, or even digital cameras – I’ve wanted my phone to replace all those things: one gizmo to rule them all. I’ve enjoyed the fact that one single gadget can be used instead of so many of the devices we used to carry separately. It’s a good feeling leaving home knowing that the little unit I carry in my pocket is capable of so many things. That’s why I’m particularly fond of the Motorola Atrix and its groundbreaking docking solution.

Like many others, I’ve believed for a long time that smartphones are our new computers. Motorola takes this notion one step further by actually allowing its Atrix device to power a desktop or a laptop in a Linux environment that the company calls Webtop. It features a windowed interface, a full version of Firefox with Flash 10.1, a file manager and Citrix remote desktop support. The state of Webtop is remembered between sessions, so you can undock your phone anytime you want to and just continue later where you left off. 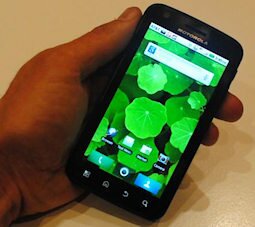 Imagine the possibilities if we all carried our computers with us wherever we went in the form of a pocketable device weighing about 135g, and all we needed was a docking station to use it. If there eventually will be a universal standard for the docking stations, and as the coin-sized-chips get even more powerful, regular computers can potentially be replaced altogether. There will be no need for laptops, netbooks or desktop computers: all you need is your smartphone and various physical, lightweight shells for it, which hopefully will be available in hotel rooms, on airplanes, trains, in Internet cafes, and so forth.

I believe that this will be the case: that phones will replace netbooks and desktop computers, at least for the tech savvy crowd, in a not too distant future – especially considering that quad-core 1.5GHz Tegra 3 chips will arrive this fall. If I’m wrong, I’ll eat my own Android.

The computer capabilities of the Atrix are best explained by watching the hands-on and demo videos at the bottom of the post. I’m a fan of impressive hardware specifications as well, and the Atrix has them: a 1GHz Tegra 2 processor with dual cores and a strong GPU, a massive 1GB of RAM, and a 4-inch qHD (960 x 540) display, a fingerprint reader, a 5MP camera with dual-LED flash, and the weight of it all is just 135g. That’s more hardware power than the current generation of video game consoles: Xbox 360, PlayStation 3, and of course the Nintendo Wii which basically has the hardware of a 20 year old Amiga compared to its peers. The only thing I personally wish the Atrix had is a Super AMOLED Plus touchscreen.

Now that phones have more powerful hardware than current video game consoles, it won’t take long before they can replace them as well. Just place your phone in a dock that allows gamepads and TVs to be connected to it, or connect controllers via Bluetooth, and that’s all you need. I’ve already taken steps towards that future, albeit I have only been able to replace retro video game consoles.

Below are the top Motorola Atrix videos the interwebs currently have to offer. Do you think the Atrix is as cool as I do?