Browse: Home / Android, Guides and tutorials / The new MIUI file explorer with FTP server support is yet another reason to use the greatest Android ROM around

TechCredo has already praised MIUI to the skies – the ROM from a group of Chinese developers that has taken parts of the Android community by storm since the beginning of the fall 2010. The MIUI team has arguably done more with Google’s platform and taken it further, in a much shorter period of time, than any other independent ROM developer. 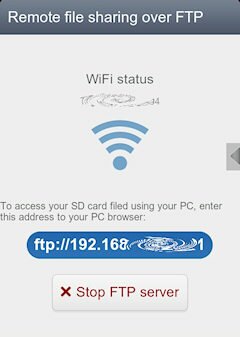 There’s a new MIUI release every Friday like clockwork, and more times than not the latest version offers new major features. These developers make apps that could’ve been popular in the Market, as part of a custom Froyo-based interface that a phone manufacturer could’ve used – and they’re releasing all of it for free. It’s almost hard to compute.

Some of the additions since TechCredo’s latest MIUI post include a new music player, built-in theme support, a native firewall, the option to change the menu style and longpress-to-force-close. The most exciting new feature, however, is a file explorer with FTP server support.

The MIUI file explorer has a rather unique approach, since it automatically sorts your files into categories such as Music, Videos, Images, APKs, and ZIP-files, to make it easier to find and overlook your contents.

That’s all good, but the file explorer’s greatest feature is its ability to turn your phone into an FTP server via Wi-Fi that only you can access. Just press a button, connect to an IP-address with a client such as the superb FileZilla and that’s it. Transferring files between your phone and your computer has never been easier. You’ll have full control over your memory card, and files can be copied, moved and deleted. I know there are several other apps and services that offer similar functionality, but this is the fastest and most convenient method I’ve come across. 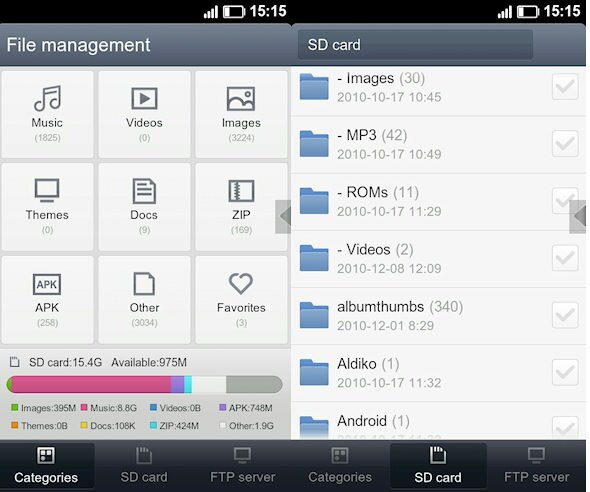 Brilliant. I’m never going to use my USB cable again. Farewell cords, hello wireless, hassle-free file transfers. To learn more about MIUI and how to get it for your device, check out TechCredo’s main MIUI post.

Browsing the SD card with FileZilla