Nokia’s Symbian powered devices may still often have better cameras than Android phones, but since you’re basically stuck with the default camera application on Symbian, Android gets the upper hand nonetheless. There are excellent camera apps on the Android Market that are state-of-the-art, cool as heck and make taking great looking photos more easy, fun and rewarding. Here are the top camera apps for Android that all photography enthusiasts ought to give a try.

As with every major Android guide and article on www.TechCredo.com, this list will be updated whenever something new appears that is worthy of including.

A few of my friends and I once mused about how cool it would be to have video glasses that applied a real-time filter that made the world look animated – similar to the effect that’s used in Richard Linklater’s 2006 film A Scanner Darkly. With the recent developments in head-mounted displays and augmented reality, I thought it was only a matter of time before our wishes came true. And when I discovered Camera Illusion, an animated world was almost what I got.

Because unlike most other camera apps for Android, Camera Illusion applies its effects in real-time, so you’ll instantly know what your pictures will look like. If you view your surroundings through Camera Illusion, you can indeed make the world appear animated. 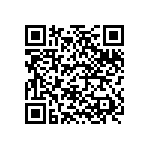 Of all the camera apps on this list, Vignette is probably my very favorite: it’s powerful, versatile and feature-packed. It also supports high resolutions, takes great photos and has many beautiful effects and frames. Vignette can easily replace your default Android camera app altogether.

A nice feature of Vignette is that it lets you take a photo with a pre-selected effect, or take a normal photo and then try out different settings later on. This way, you can save multiple versions of a photograph, each with its own effect. Another thing I love about Vignette is that it’s superb for taking photos with a vintage look.

Benefits: 62 built-in camera and film effects, lots of different frame styles, can take hi-res photos, versatile, you can save favorite effect combos for quick access
Drawbacks: No cons that I can think of

FxCamera is perhaps a bit more basic than some of the other Android photography apps, but it’s still one of the best ones on the Market. FxCamera lets you take photos with various effects, but it only has five of them: ToyCam, Polandroid, Fisheye, SymmetriCam and Warhol. Merely five effects is not much compared to the resources of Vignette and Camera Illusion, but they are really optimized and I particularly enjoy Warhol and the retro Polandroid. 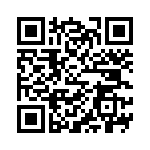 Retro Camera almost brings the idea of a stylish interface to the point where it interferes with the usability, but the app is beautiful. The UI changes according to which camera you currently have selected, and there are four of them available – all vintage that provide photos with an analog look. They’re inspired by the Lomo, Holga, Diana , Hipstamatic, as well as Polaroid and toy cameras. Retro Camera is worth using for the UI alone.

Benefits: Unique UI, great for taking photos with a vintage, analog look
Drawbacks: The UI may be stylish, but it’s not always practical 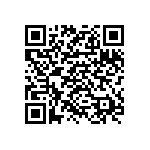 Like Vignette, Camera 360 is a feature-packed camera app with lots of different effects and settings. Quoted from an Androinica review:

“Hands down the best faux Lomo images are produced by Camera 360 Pro, which offers not one but three different Lomo options each of which produces contrasty, vignetted images with gorgeous tonal nuances. It also supports HDR, axis shift, and more.”

Benefits: Lots of features and effects, versatile
Drawbacks: I can’t put my finger on it, but it’s something about Camera 360 that makes me prefer the other camera apps for Android. 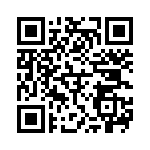