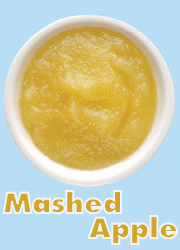 British actor, author, comedian, movie director and general tech lover Stephen Fry said in a recent post on his website that many of his fellow-countrymen would “rather eat poo than to be seen dead” with an iPad, and he mentioned how the opinions about Apple have been more polarized than usual in the last couple of months: basically, tech enthusiasts either have a strong disliking for Apple or they’re some sort of fanboy.

I thought it would be interesting to collect a few of the articles that criticize the tech giant – not because I necessarily agree with all of them, but I have to admit that I am indeed quite fed up with Jobs & Co.

The folks at Apple may not be corporate bad guys in the sense that they pollute oceans, lay waste to rain forests, exploit local workers in developing countries, embezzle people’s savings or sell poisonous goods, but in the world of mainstream technology, they’re to all appearances as bad as they get. If anyone has counter-evidence, I’d be happy to listen.

9 Reasons Why I Will Never Buy a Product From Apple – www.TechCredo.com

I’ll start off with a couple of articles here on www.TechCredo.com that criticize Apple. This post mentions 9 reasons why I personally would not buy a product from Apple, including Apple’s restricted OS environments, their censorship, their exaggerations, and the company’s in many cases technologically inferior products.

Why the iPhone 3G is Inferior & Overpriced – www.TechCredo.com

This post lists 15 reasons why the iPhone 3G is indeed both inferior and overrated.

New York Times interviews Andy Rubin, vice president for engineering at Google, and in the interview he makes a couple of telling remarks about Apple. Of Steve Jobs’ statement that “folks who want porn can buy an Android phone”, Rubin said, “I don’t really have a rationale for that. It’s a different style of interacting with the public and the media.” He likened the closed nature of Android’s competitors (i.e. Apple), to the totalitarian regime of North Korea. He also said that if someone were to lose an Android prototype at the bar, he would welcome the leak with open arms, because “with openness comes less secrets”. Apple on the other hand, sends the police on prototype finders and takes away their computers.

Why I won’t buy an iPad (and think you shouldn’t, either) – BoingBoing.net (.png)

This piece by Cory Doctorow at BoingBoing.net is one of the articles that best illustrates why you’d be better off without an iPad: “But with the iPad, it seems like Apple’s model customer is that same stupid stereotype of a technophobic, timid, scatterbrained mother as appears in a billion renditions of ‘that’s too complicated for my mom’ (listen to the pundits extol the virtues of the iPad and time how long it takes for them to explain that here, finally, is something that isn’t too complicated for their poor old mothers)” … “The way you improve your iPad isn’t to figure out how it works and making it better. The way you improve the iPad is to buy iApps. Buying an iPad for your kids isn’t a means of jump-starting the realization that the world is yours to take apart and reassemble; it’s a way of telling your offspring that even changing the batteries is something you have to leave to the professionals.”

BoingBoing.net mentions why XML co-inventor Tim Bray left Sun to be Google’s Android developer advocate: “The iPhone vision of the mobile Internet’s future omits controversy, sex, and freedom, but includes strict limits on who can know what and who can say what. It’s a sterile Disney-fied walled garden surrounded by sharp-toothed lawyers”.

Boing Boing’s Cory Doctorow speaks of the Apple iPhone Developer Program License Agreement: “It’s amazing all the ways that the iPhone manages to screw the people that love it: saddling iPhone owners with crappy contracts with abusive mobile companies, limiting their access to programs and forcing them into one-sided EULAs, then screwing the developers with equally abusive agreements. I guess that’s one way to think different.”

Engadget quotes Adobe CTO Kevin Lynch, and mentions how he believes that by eliminating Flash, Apple is forcing developers to build apps natively for the iPhone OS, and hence creating a “walled garden” of applications that users must flock to an iDevice to be able to use.

Apple Wants To Own You – Slate.com (.png)

Apple said that it would not prevent third-party ad networks from embedding ads in applications for the iMachines, but it seems the company still may have found a way to block ad networks that compete with its iAd platform.

PCWorld.com lists 10 iPhone apps that Apple banned in its arbitrary approval process. Apple even bans apps that may compete with its own offerings: is the company so afraid of some healthy competition? That Andy Rubin likened Android’s competitor(s) with communist North Korea isn’t far-fetched, after all.

This article discusses why Apple banned Google’s own Voice application: simply because Google Voice, among others things, provides free text messaging and enhanced voicemail – tools that collide with services Apple and/or AT&T want you to use. Excerpt: “The company, as anyone who regularly reads tech news knows, has gained a reputation for making content decisions that put users’ interests second (or maybe even third). When will Apple reach the breaking point and begin to lose customers as a result of its actions?” … “A closed platform may provide the more immediate financial advantage for a provider. In the long run, though, one has to hope a system that caters to customers’ interests will pay off.”

Neil McAllister describes how Apple’s new SDK license takes the company’s heavy-handedness to the next level: not only are the functionality and content of your app restricted, but the very language in which it is written is now subject to Apple’s veto.

An older article from late 2008, that discusses Apple’s censorship of the App store, and why developer’s would have a better time making software for Android instead.

Arrogance Is Not a Virtue, and Why I Will Never Buy a Mac – ZDNet.com (.png)

Technologist Jason Perlow writes about the arrogance of Steve Jobs, and why he will never buy a Mac – Perlow begins his personal story as early as 1981.

Name One Company Other Than Apple That Can Get Away With This Much Lying – ritaelkhoury.com (.png)

Rita El Khoury, one of the editors over at Symbian-Guru.com, writes on her personal blog about how Apple lies, brags and how it’s staggering that the public believe them in “a massive global hypnosis”.

All Your Apps Are Belong to Apple – EFF.org (.png)

The following posts at geek humor site eSarcasm.com are satirical, and bends the truth a bit in order to underline certain facts.
Apple: Screw Google — We’re with China – eSarcasm.com (.png)

“Steve Jobs releases statement in support of China’s censorship stance. ‘Filtering content without explanation is part of leading’, he says”.

“In a never-before-seen move, Apple has just banned itself from its own App Store. ‘We have determined this company is no longer appropriate’, a notification says”. eSarcasm.com speaks ironically of Apple’s banning of apps.

“Apple has just inked a deal to sell its popular iPhone in China, bringing two of the world’s most oppressive regimes together in an exciting new partnership. ‘We’ve been building our business model on China’s government strategy for years’, Phil Schiller, Apple’s senior vice president of worldwide product marketing, told reporters at a media event this week.’From secrecy to dissemination of misleading information and strong-handed control, the Chinese Communist Party has always been a real inspiration to us'”.

eSarcasm ran Apple’s iPhone OS 4 announcment through their “patented bullshit translation software” to find out what it really was about.

eSarcasm uses its “bullshit translation software” once more in order to see what Steve Jobs really meant with his letter about Apple and Flash.