I have been a huge fan of emulation on phones ever since I discovered Vampent’s flawless Nintendo emulators for Symbian back in 2006. They couldn’t have worked any better on my device at the time, the Nokia N73, and I loved the idea of having hundreds and hundreds of games in my pocket from all sorts of Sega and Nintendo consoles. I grew up playing those 8-bit games, and having them on my phone at all times was nostalgic bliss – and they provided great entertainment as well. In fact, one of my main reasons for wanting a hardware QWERTY keyboard and a D-pad on new devices, is to be able to optimally control emulators.

When I got the HTC Desire, I was worried that the emulation experience would be crippled by being limited to on-screen virtual buttons, but to my surprise, they generally work almost as well as real keys. I have tried to map out what Android has to offer when it comes to retro video game console and home computer emulation, and this is what I discovered. For those emulators that can be a bit tricky to get running, I have added tutorials. Please note that I’ve ignored a couple of emulators that had an average rating of less than 3: the rest should all be accounted for. 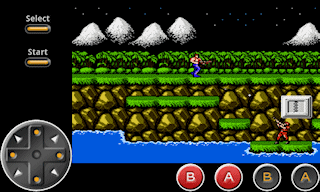 Both Sega and Nintendo Emulation on Android is at the time of writing clearly dominated by yongzh – he has no less than six excellent emulators on the Market. The one that emulates the NES console is Nesoid. I have yet to encounter a game that it doesn’t run at full speed with sound. Nesoid works great in both landscape and portrait mode, you can tell it to take advantage of the screen in its entirety and the game is automatically adjusted to fit the display. You can save gamestates any time you want, and the on-screen buttons have vibration feedback and work surprisingly well. Nesoid also lets you place these buttons basically anywhere you want, so you can customize their position to fit your hands. It’s a great little NES emulator. 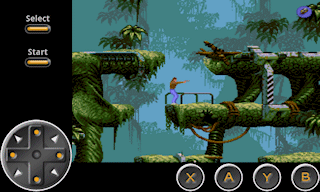 When it comes to emulating the SNES on the Android platform, SNESoid by yongzh is the way to roll. It’s very similar to Nesoid, only that it emulates the Super Nintendo Entertainment System instead. SNESoid is the fastest SNES emulator I’ve ever seen on a smartphone, but the 1 GHz Snapdragon processor on my HTC Desire might have something to do with that as well. Nearly all games are supported. 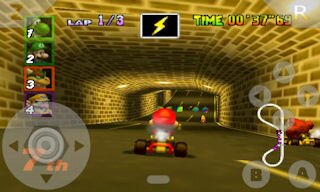 The Nintendo 64 was released in 1996 rocking a 94MHz CPU, and Nintendo managed to sell nearly 33 million units of the video game console worldwide during the six years that followed its release.

On Mars 3 2011, Android got its first Nintendo 64 emulator. It’s called N64oid, and it works surprisingly well. The developer yongzh admits that N64oid currently is far from perfect, but he also promises frequent updates and improvements. You need a high-end Android device to use N64oid and it runs some games quite smooth on my HTC Desire. Conversely, many Nintendo 64 titles that I tried couldn’t be played with N64oid at all.

You will doubtlessly encounter hiccups, stuttering sound effects and very low frame rates when using N64oid, but some games – like Super Mario 64, are handled so great that they almost feel like native Android games. At least N64oid is good enough for me to recommend it, and it has all the bells and whistles that yongzh’s other console emulators feature. 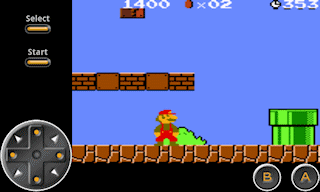 Well, there’s not much to add here. If you’re familiar with either Nesoid or SNESoid, you’ll feel right at home using the Game Boy and GBC emulator GBCoid.

Yongzh has taken a homogeneous approach when constructing his emulators, and that’s a good thing. 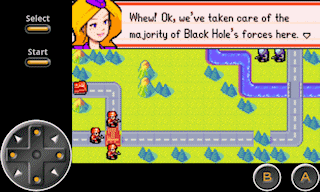 The top GBA emulator for Android: Gameboid by — who else — yongzh. It works great. Please note that you need the GBA bios to run this emulator. Google gba_bios.bin, download the file and copy it to your SD card.

When Gameboid asks you about the GBA bios, locate the file and you’re ready to rock!

S demo emulator) isn’t a finished, fully working Nintendo DS emulator. It’s more of a demo – a proof of concept. Tiger Lab requires a recent high-end Android, and even then, games will be very slow.

Still, this is only the beginning, and the developer has promised lots of interesting updates and improvements that eventually could turn this into a must-have Nintendo DS emulator for Android. 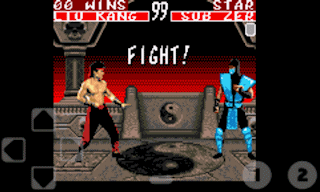 I seem to write less and less about these video game console emulators for Android, but that’s because they’re so similar to eachother and all coded by the same developer: the main thing that changes is what they emulate. Yongzh’s Sega Master System and Game Gear emulator is called Gearoid, and it has all the by now traditional features of these virtual console replicas. Oh, and it rocks, too, of course. I was a Sega kid myself, mainly because most of my friends had Nintendos and I wanted something different. I was really fond of both my Sega Master System and my Game Gear — I think I had a total of 45 games, and I bought a converter for the Game Gear so I could play SMS cartridges on it as well, and I also had an antenna that enabled me to use it as a TV! They’re still lying in a closet somewhere at my parents’ house. 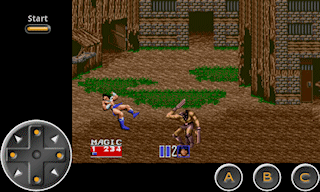 Sega’s fourth generation video game console Mega Drive (it was released in the North America as the Genesis) can be emulated on Android with Gensoid, also by yongzh.

No surprises here, Gensoid works as it should.

The original Sony PlayStation was first introduced in Japan on December 3, 1994. After 9.5 years, it became the first ‘computer entertainment platform’ to ship 100 million units. I think we’ve all played a PlayStation at one point or the other. psx4droid is a PlayStation emulator developed by ZodTTD, and it runs pretty nicely on high-end Android devices such as the Nexus One, HTC Desire, Samsung Galaxy S, et cetera.

Here’s a step-by-step tutorial I wrote on Androinica.com for getting psx4droid to work. 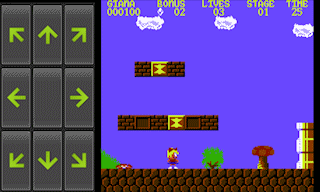 The iconic Commodore C64 was manufactured for an impressive 12 years: it was released in 1982 and wasn’t discontinued until 1994. The completely old-school, über-retro 2nd generation ColecoVision was my first video game console (it was considered rather obsolete even when I got it), and later my parents bought me a used C64. It was my first home computer and it was magical: a new world to be discovered. I even tried to write some software for the C64 in BASIC. Frodo is a very popular (and portable) C64 emulator that is available for many different platforms (main website). The Frodo port for Android is called Frodo C64, and I quite like it. Sure, the on-screen controls could be improved, as well as other aspects, but the emulator works, has sound, runs games at fairly decent frame rates, and it can save and load states. Hopefully the developer will continue to improve Frodo C64 for Android and make the port grow.

When one contemplates the fact that the C64 had a humble 0.985 MHz processor and merely 64 KB of RAM — that’s a more than a 1000 times slower CPU and 9000 times less RAM than what my HTC Desire is packing, and games still run comparatively choppy on it, one realizes just how much an emulator / port of a system can slow processing down.

All hardcore C64 geeks might want to check out the related apps C64 Games Music Collection and SID Player. I still got my old Commodore 64, although I haven’t started it for at least 12 years. Hopefully it’s still working. 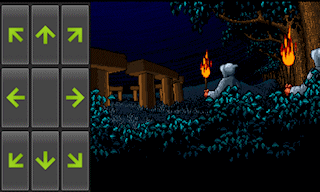 My second home computer was in fact an Amiga 500, which I got pretty cheap after the model had been discontinued. I thought its graphic capabilities were downright stunning at the time, and the Amiga featured some of the best games known to man – and some of the greatest game soundtracks. As mentioned above, Frodo is a common, multi-platform C64 emulator, and UAE4All is a popular Amiga emulator. UAE4Droid is an Amiga 500 emulator for Android that is based on that project. Here’s how you get it started. 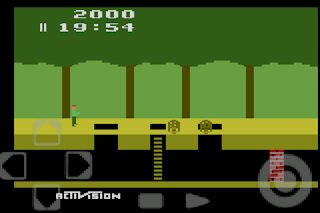 The video game console Atari 2600 was released back in 1977 by Atari, Inc – an American home computer company founded in 1972 by Nolan Bushnell and Ted Dabney. A total of 30 million Atari 2600 units have been sold, and the console featured a 1.19MHz MOS6507 processor, 128 bytes of RAM and a 4KB ROM. The best selling game for the Atari 2600 was the problem-ridden Pac-Man, which Atari sold 7 million copies of (however, many of the cartridges were returned because of issues).

When playing Atari titles from the late 70s, it becomes very apparent just how fast computer games have evolved during the past 35 years. Some of us would be flying around in antigravity landspeeder vehicles right now it if other areas of technology had progressed equally fast.

The best Atari 2600 emulator for Android is called Ataroid, and that it’s made by emulation guru yongzh comes as no surprise. I wish he would bring his level of professionalism to C64 and Amiga emulation as well. Ataroid lets you save and load gamestates, the on-screen controls are customizable and games naturally run at full speed with sound.

Gaming on Android doesn’t get any more retro, pixelated and old-school than this. I love it (although Atari 2600 games are admittedly very boring). On a side note, take a look at the Atari 2600 wood veneer version below: what a gorgeous device. Best video game console design ever? 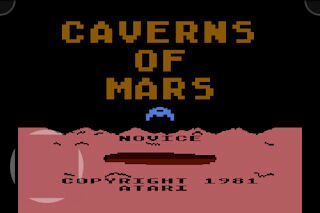 The so called Atari 8-bit family was a series of home computers manufactured from 1979 to 1992. All of these 8-bit computers were based on the MOS Technology 6502 CPU. Two of the early machines were called Atari 400 and Atari 800, and both featured 8KB of RAM. As prices of RAM dropped, the 800 model eventually got a full 48KB of random access memory. In comparison, my HTC Desire rocks 12 000 times more RAM than that.

There’s a free Atari 800 emulator for Android called Droid800. You need to configure Droid800 before you can start using it, but luckily there’s an excellent tutorial on the emulator’s Google Code site that will help you with that.