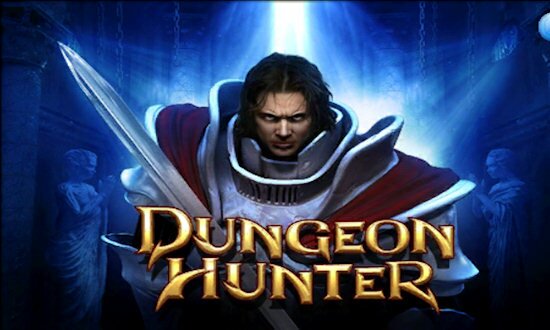 Back in May, Gameloft released a series of games for Android to mixed reactions. On one hand, the company was praised for the impressive graphics its lavish games featured, but at the same time Gameloft received criticism for not making the titles available in the Android Market. To add insult to injury, Gameloft initially had a strict DRM policy and its own game story didn’t allow for games to be downloaded more than once.

There may be a number of reasons why the publisher decided to go down this route, and Android and Me even presented a conspiracy theory. I personally believe that it purely is a monetary move from Gameloft: if its games are purchased from the Android Market, they have to give a percentage of the income to Google; while the company can keep all the profit if it sells the games from its own store.

There is also the simple fact that paid Android apps still aren’t available in most countries yet, a failure that Androinica recently discussed, and if Gameloft had released its games solely to the Android Market, it would have missed out on a huge user base and risked getting plundered even further by pirates. Still, they could always do both, and would probably make more money from it.

Android gaming has without a doubt slowly but steadily taken a huge leap forward in 2010, following the release of phones with powerful 1GHz Snapdragon processors with massive amounts of RAM – a development that is pretty astounding. And with more and more devices getting Froyo, full openGL ES 2.0 support and speed boosts thanks to Android’s new just-in-time compiler (JIT), games will only continue to progress.

Gameloft is a French video game developer that has been focusing on games for handhelds since 1999. The company is founded by the Guillemot brothers, who also are the founders and owners of Ubisoft: a major player with games such as Far Cry and Heroes of Might and Magic. One can imagine that the company is able to put a bit more resources into creating its games than your average Android game developer, but is Dungeon Hunter any good? Does it measure up, or is it all smoke and mirrors and French wizardry? Read on to find out.

Before I get to the good stuff, I have to tell you this: you need a phone with second generation hardware to play Dungeon Hunter: a 1GHz CPU and/or a powerful GPU, and at least 256 MB of RAM. Some say Gameloft’s titles are optimized for the PowerVR graphics processor, but I haven’t noticed any lag on my HTC Desire, even before I updated it to Android 2.2. 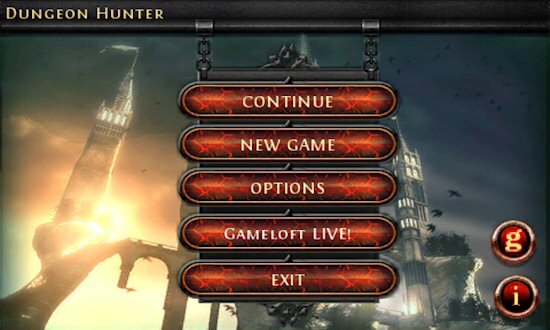 There is one word that best describes Dungeon Hunter: Diablo. If you’ve ever cut your way through hordes of underground beasts in Blizzard Entertainment’s action RPG / hack ‘n’ slash classic from 1997, and most gamers that were young in the 90s have, you’ll feel right at home playing Dungeon Hunter.  In fact, it’s obvious that Gameloft must have used Diablo for inspiration when making it.

To underline just how quickly things progress in the world of technology, current high-end Android phones actually have more than 16 times faster processors and 72 times more RAM than what was required to run Diablo on a PC 13 years ago. And now we literally have this hardware power in the palm of our hands. It’s a quite astonishing evolution.  When dual-core 1.5 GHz processors are released later this year (or in early 2011), who knows what levels of mobile gaming awesomeness they will bring?

When you create a new game in Dungeon Hunter, you first select one of four save slots and get to choose the name of your character. There are three different character classes, each with unique strengths and weaknesses: Knight, Rogue and Mage. In the opening scene, you rise from the dead and step out of your coffin. You’re greeted by a fairy that only the dead, or undead, can see, and have to make your way through zombie-infested catacombs. 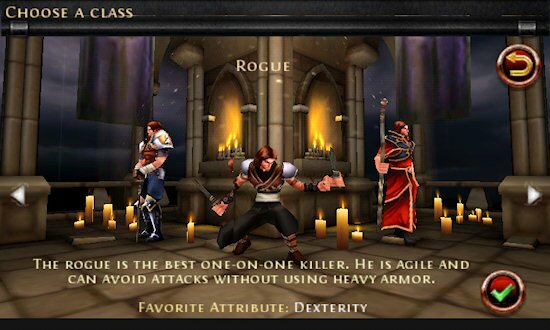 The story Dungeon Hunter revolves around is rather basic, and similar to those found in most RPGs: basically, the goal is to kill the bad guys, restore order in the kingdom and help out villagers with their problems (side-quests). The story is neither good enough to impress, nor bad enough to annoy.

Since Dungeon Hunter is a classic hack and slash role-playing game, you will face monsters almost constantly, and plenty of them: both on the ground and in the air. Some are small and some are massive, and Gameloft has done an excellent job letting you fight a wide mixture of opponents in various surroundings. You have fairies that accompany you in your quest to fight evil. The fairies all have different abilities and personalities, and you need to choose wisely which one to use depending on the situation. You can have up to five fairies, and they will join your party as the game progresses. 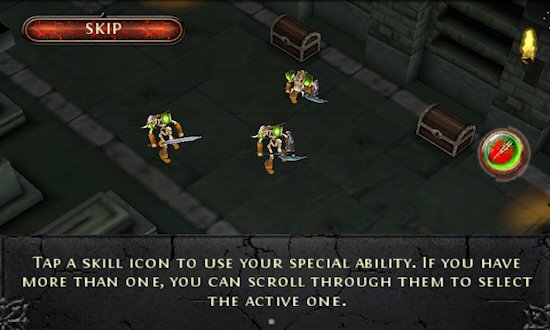 In my experience, Dungeon Hunter’s game controls couldn’t have worked any better, really. You move your axe wielding, zombie-slashing male protagonist using a virtual stick in the lower-left corner of the screen, and to the right are buttons for attacking and for various spells and special strikes. There is also a button for using the fairy you currently have selected to fight alongside you. You can have different layouts for the spells and special-attacks: a scroll-mode versus all buttons displayed at once. I definitely prefer the latter since it’s more convenient.

Like all games in the same genre, you can open chests and crush barrels in order to find valuable items or gold. The action button changes depending on the context; when you open a chest, for example, the sword icon is replaced by an image representing an open chest.  To pick up items on the ground, simply walk over or near them. They are then stored in your inventory, and part of the charm with Dungeon Hunter (an element of all RPGs) is trying to make your character have as powerful equipment as possible. Some weapons and armor have magical qualities that will improve your defense/attack rating, your strength, dexterity, endurance and so forth. Quality items may require your character to have a certain level to use them, and wearing some items with a magical bonus may allow you to equip yourself with another item that you couldn’t use before. Consequently, you can improve your hero quite a bit just by being wise and methodical when you equip him. You may unlock bonuses, such as “Epic Equipment”, when you’ve done a particularly god job using your items. There is an option to auto-equip your character, but that takes the fun out of it, right? 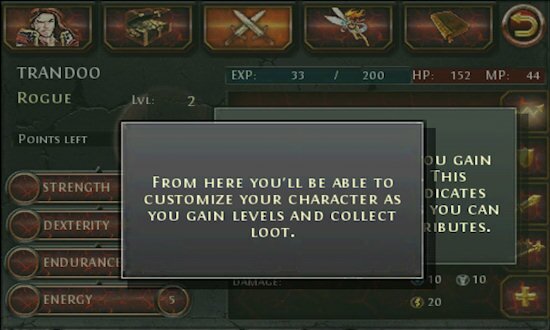 One of the main thrills of all role-playing games is to make your character grow, level-up and improve his stats. You gain experience when you kill monsters, and as the difficulty of the challenge increases, the experience rewarded for overcoming it increases as well. In Dungeon Hunter, you always get to allocate two points to your attributes when you level-up, which I think is unfortunate. It would be more entertaining if you got awarded points depending on how well you have performed in the game. In addition to increasing your stats when you level up, you also get a skill point that allows you to learn a new skill or improve an existing one. Skills are either active or passive: an active skill needs to be used by pressing an icon – a passive one will benefit you all the time. In my experience, it’s better to focus on just a few skills and be really good at them, than be so-so at many.

When you’re running low on health or mana and are about to die, you can take a potion to improve your condition. You are only allowed to carry 12 potions at the same time, or the game would be too easy. In fact, when I first started playing Dungeon Hunter, I was a bit worried that it would be too simple. A game needs to be challenging in order to entertain and keep you interested, and while I didn’t die once for the first few hours of game-play, I did indeed die on occasion later on. 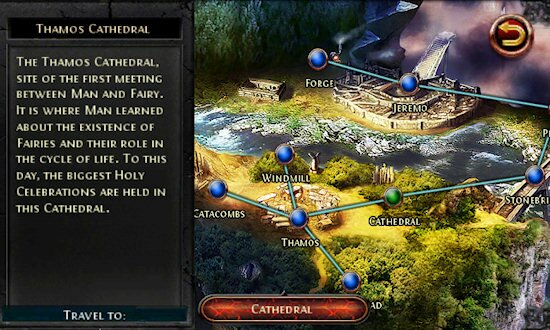 Getting killed, by the way, doesn’t have a negative impact on your character (after all, he has already been dead once).You do not lose any experience points or items, but you have to start all over again in the map you were in when you died and wait for it to reload, which can be tiresome. In a way, that’s a good thing, because it makes you a bit scared of dying. The game also hints that next time, you may not be so lucky, but I’m pretty sure you’ll resurrect every time you pass on.

While we’re on the topic of loading maps: because of the complexity of the game, loading maps take time. Usually around 30 seconds, up to a minute on occasion. Even though tips are displayed while maps are being loaded, they soon get shown over and over again. It’s worth the wait, though, but it can still be frustrating when all you want to do is get right back to slaying those unholy packs of fiends. 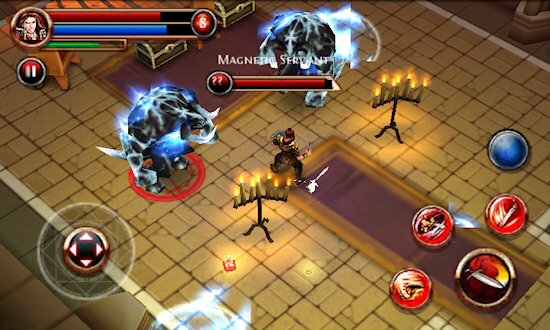 Another nuisance with Dungeon Hunter is the Quest log, from which you’re supposed to get an overview of all your currently active quests. It has a bug, however, which prevents you from opening some quests. Also, particularly the first couple of hours when I played the game, I thought that the high resolution made text items too small on my Desire’s 3.7” screen. I got used to it the more I played, but Dungeon Hunter certainly would benefit from performing on 4” screens and above.

I have played Gameloft’s RPG for many hours now, and I still haven’t gotten bored with it. In my opinion, if you rock a high-end Android phone today, there is no need to carry a dedicated portable gaming device, unless you’re a hardcore gamer who sleeps with a PSP under your pillow. The games may not have autostereoscopy 3D effects like Nintendo’s forthcoming 3DS (yet, that is, a 3D phone is actually coming later this year), but some of them already have graphics that easily are on par with the PlayStation Portable.

With the risk of sounding biased, Gameloft’s HD games are to all appearances the top of the crops for Android at the moment. I have played quite a few games on phones, including many current 3-D titles, and Dungeon Hunter is definitely one of the better, if not the very best of the lot. If you’re into action RPGs and have a powerful Android device, Dungeon Hunter will not disappoint. Now if the people in the Gameloft headquarters only would come to their senses and make their games available in the Android Market, perhaps more Android users would be able to enjoy them.

THE BAD & THE UGLY