Browse: Home / Android, Guides and tutorials / How to install and modify multilingual Swype for your language on Android phones 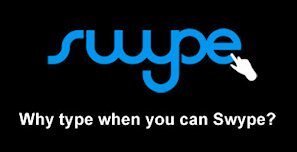 Swype is probably the most hyped, loved, and fun and innovative input method to have hit mobile devices since T9 (Text on 9 keys). If you haven’t heard of Swype yet, check out the demo video at the bottom of the post.

However, Swype for Android is still in closed beta for some reason, even though it comes preloaded on a bunch of Android devices and it’s available for anyone to download on supported Symbian phones.

Luckily, you can still get Swype running on your Android, and likely in your own language as well, thanks to a multilingual version of Swype that is floating around the interwebs. It’s a very large install (12.6MB), though, and it will take up plenty of internal storage unless you trim it down. Here’s how:

By following these steps, I managed to reduce the size of the .apk from 12.6MB to 2.8MB. I actually tried to take this streamlining of Swype  one step further by removing all redundant languages from the file languages.lst in the assets/files folder (that way they’re not shown as options in Swype), and I even managed to rebuild all the files into a new .apk using the Android SDK and then signing the package, but when the installation failed anyway I gave up.

To set Swype as your default Android keyboard, follow these instructions. Good luck!