Tutorial: How to Run Android on Your Windows Mobile Phone

This post is a part of www.TechCredo.com’s Guide to Windows Mobile. 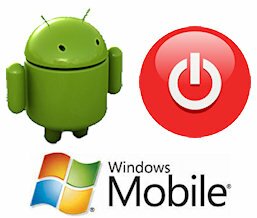 Enthusiasts have tried to get Android to run properly on all sorts of devices ever since Google’s mobile OS was launched – it is open-source, after all. I remember trying out an early attempt at an Android port for my WinMo powered Sony Ericsson Xperia X1 in late 2008, but all you got back then was basically a non-functioning homescreen turned upside-down, and the project was eventually abandoned. A lot has happened since then, however, and now there are even separate Android Development forum sections for several of the devices at xda-developers. As explained in the Wired article DIYers Hack Windows Mobile Phones to Run Android, handsets based on Microsoft’s mobile OS are finding new life as Android devices.

When Google launched Android, I’m certain they predicted that it eventually would power numerous devices of all sorts. But I wonder if they had expected that Android also would become the platform of so many phones that already had been released running an entirely different OS.

For some Windows Mobile phones, like the HTC Vogue, there are currently Android ports that can utilize the hardware so well, that ROMs have been compiled that replace Windows Mobile with Android altogether. Mostly, though, Android on Windows Phones is launched through HaRET, a tool that enables you to boot Linux from within Windows Mobile. HaRET will however not run Android on top of WinMo, as it apparently completely shuts down Microsoft’s OS before booting Android.

If you’re lucky enough to have a Windows Mobile device that has an Android ROM, you can simply flash the ROM like you would normally do. Of course, you’ll also have the benefit of not having to start Windows Mobile in order to launch Android, and the entire port will likely be faster and more stable. The advantage with HaRET on the other hand, is that you’ll have the option to run two different operating systems on your phone.

How to Run Android on Windows Mobile Phones

Visit the xda-developers forum, locate your device in the list and enter the Android Development section. The devices that have separate forums for Android ports are currently:

Developers are also combining their efforts and working together on the project XDAndroid. As of today, the XDAndroid port is available for the following Windows phones: HTC Raphael, Rhodium, Diamond, Topaz and Blackstone. For the SE Xperia X1, there is also a major project called Xperoid, although at the time of writing, it hasn’t been officially updated since the 24th of February, and you’ll find superior Android builds for the X1 at the XPERIA X1 Android Development forum.

2. Copy the Required Files to Your Phone / Flash Your Android ROM

If there is an Android ROM available for your Windows phone, you basically just flash it the way you would flash a regular WinMo ROM. There might be some individual deviations, though, so look closely if there are any special instructions for your particular ROM.

In case you have a port that requires HaRET, the basic idea is that you extract the files included in the port to the root of your memory card, and then run HaRET.exe to launch Android. Your memory card should be formatted with FAT32 (it most likely already is) and have at least 500 MB of free space.

This is the most common files of an Android port that is launched via HaRET, and their respective functions.

If you have flashed an Android ROM, all that is needed to run Android is starting your device, of course.

If you have the Android port located on your memory card, to run Android, simply launch HaRET.exe with Windows Mobile’s native File Explorer, and eventually Android will boot. It will take some time at the initial launch, but Android will start faster the next time you run HaRET. A file that is called data.img will be created on the root of your memory card, and it holds the information for your Android setup. To hardreset your Android configuration and start over, just delete this file.

If the Android port you’ve downloaded can’t communicate with your phone’s GPS, it’s important that you disable the GPS in Android from Settings > Location & security > Use GPS satellites, or your device may freeze. It’s also recommended that you turn off your SIM card’s PIN protection in Windows Mobile, since many ports can’t handle PINs yet. The setting can be found at here: Settings > Personal > Phone > GSM/UMTS Services > PIN/PIN2 > Get Settings… > Require PIN when phone is used.

If you run Android through HaRET, you can update to your port’s latest Linux kernel in order to gain more functionality, once you have all the required files and Android up and running. You only have to replace a couple of files on your memory card.

5. A Quick FAQ for HaRET Based Android Ports