Browse: Home / Android, Guides and tutorials / How to set the “Me” picture in Android’s native Messaging app 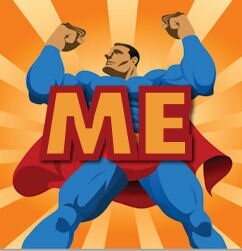 Every time I’ve flashed a vanilla Android ROM on my HTC Desire, there hasn’t been a picture for “Me” in the native Messaging app. In other words, the little contact photo box next to my own messages in conversation lists has always been gray. Even though I had set a contact picture in Gmail and that I had added myself to my list of contacts. Nothing happened when I tapped the gray box, either. This is not a big issue, of course, but a picture next to your messages in the Messaging app definitely looks better than just a blank space.

So I decided to figure out a way to solve it, and luckily I succeeded, albeit the issue turned out to be a bit more complex than I initially thought. Here’s how you can get a picture for “Me” in Android’s Messaging app, if it’s grey.

Update: This process is a lot easier on Ice Cream Sandwich, as explained here.

Update: You might have to set the SIM-card number with an old phone anyway, because the number I specify with the recommended app is apparently forgotten whenever  I reboot my HTC Desire. Hopefully it will work better for you, though.