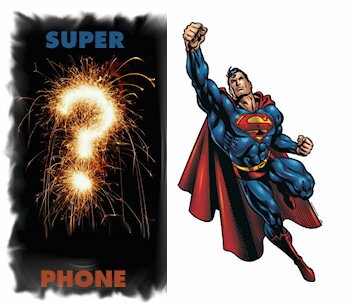 I’m a self-confessed smartphone geek, and I’m almost embarrassed to admit that I’ve actually started fantasizing about my next device. The superphone of my dreams hasn’t been announced yet, since no handset that is currently on the market have all the features I want. A year ago, I wrote a post called Next Phone Dream Specs about what I hoped my next device would be like. This is the new, updated version one year later.

Last month, I was a guest writer at AndroidGuys.com with an opinion piece called Saving the Gadget? The Dilemma of an Android Fanatic. I was determined to not buy a new device for all of 2010, and resist the urge to upgrade. The article at AndroidGuys received some great feedback, and it became evident that I was not the only one trying to not spend a small fortune on gadgets. One of the funniest commenters stated that he had been “fiending like a meth head” over replacing his G1 (HTC Dream).

In September last year, I bought the HTC Hero – my first Android device. I was aware of its limitations (a fairly small and low-res screen, obsolete processor, no camera flash, no radio, no hardware QWERTY, etc), but I needed some Android action, and I needed it badly, so I was willing to make some hardware sacrifices. However, the last couple of weeks I have felt, more for each day, that I have already outgrown the Hero and need an upgrade.

Consequently, I sold my Hero (it only took five hours from the time I placed the ad), with a 40% loss I might add, and I’m thinking of getting the HTC Desire when it’s released in a couple of weeks. And even though the Desire does not match the imaginary device listed below, it can certainly hold its own against the world’s top phones at the moment. After the Hero, I promised myself to never buy another device without a hardware QWERTY, but there’s no such high-end Android phone in sight.

The specs below are basically features that I’ve taken from some of my favorite smartphones, and put them all into one single device. Here it is, the superphone that could make a grown geek cry!

That is my idea of the ultimate 2010 superphone. What would your dream device look like? How long do you think it will be until we see a handset like this on the market? Is there anything you would like to change or add to the specifications above, and does anyone know know of a phone that actually resembles the imaginary device I’ve just assembled?