In a March 2010 New York Times interview, Andy Rubin, the Godfather of Android, indirectly compared Apple with North Korea. As we all know, North Korea is a communist dictatorship without freedom of speech and with an oppressed population. Here are 6 reasons Rubin was spot on — an explanation why Apple indeed is similar to North Korea. Please note that I naturally don’t believe the tech company is as bad as the dictatorship on the northern half of the Korean Peninsula, but I use these comparisons to illustrate and underline my point. 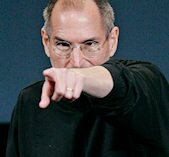 North Korea has its supreme leader Kim Jong-il, who exercises absolute control over the government and the country: he tries to manipulate the public and wants to make sure they think what he tells them to think – Apple has Steve Jobs. He’s on the scene at every major iDevice presentation and event bringing the showmanship and the exaggerations, he’s the one refusing to let it slide so cops get involved and computers seized when Apple loses a prototype, he’s the one telling people that there is no antenna problem.

When he uses words such as “amazing”, “revolutionary”, “world’s most advanced” and “mind-blowing” to describe features and technology that have been around on other phones and platforms for years, and people believe him – I’d say Jobs and the company that he represents are pretty good at marketing (i.e. brainwashing). 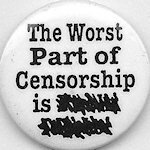 Censorship is of course an important part of any good old fashioned dictatorship, and Apple has much in common with the lesser half of Korea here as well. The company has censored dictionaries, blocked apps that compete with its own apps, blocked apps with swearwords or remotely sexual content, blocked emulators, censored political apps, and blocked apps that interfere with its own economical interests. Just like a dictatorship, Apple has repeatedly neglected the interests of its users in favor of itself.

Technologies from companies that Apple don’t like, Apple do not allow – such as Flash by Adobe, for example. Like deviant political ideas aren’t allowed in North Korea, or people aren’t allowed to vote, it’s Apple’s way or no way at all, even when having a choice would benefit iOS users.

The company also exploits a rigorous control over its developers. Unlike Google, that is supportive of its Android devs and establishes a personal contact with many of them and sends every developer with a moderately successful app in the Market a high-end Android device for free, Apple mainly screws its devs over. The list of stuff developers aren’t allowed to do with an iPhone is as long as a short story.

You also have to ask Apple for permission to even make an app for the iPhone, and they used to force devs to sign non-disclosure agreements first as well. When you have invested money and time into developing your app, you have to ask Apple again for permission to sell or even give it away. If they say no, then that’s just tough luck. Parallels with government control, anyone?

In a dictatorship, an individual’s personal freedom is often heavily suppressed, as well as the freedom of choice, of openness, of expressing oneself – the freedom of diversity. When you use a product by Apple, you’re very much restricted to Apple’s way of doing things. For example, you can hardly personalize an iPhone, while there is a vast number of ways to make a Symbian or Android device your very own. Heck, Apple won’t even let you put in an SD card or change the battery. The company even replaces the screws with a rare “pentalobe” variant whenever an iPhone 4 is taken in for service, so you won’t be able to unscrew them yourself.

Apple is in complete control of how the iPhone is sold – via carriers to maximize profit. It’s so locked, controlled and monitored a device can be. There’s no room for personalization, customization, experimentation, or modifications. And there’s just one iPhone. 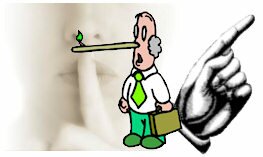 In order to keep up appearances, most dictatorships try very hard to silence potential scandals and everything that may reflect badly on the regime. The people in charge want to make sure the population won’t find enough reasons to rebel, and that the nation looks good from the outside, as well as good compared to other countries. Hence, they hide the truth, lie and try to make excuses for their shortcomings. You might have seen videos of the massive and very eerie shows that North Korea stage in order to show the world and its own population just how “perfect” they are? Apple does this, too.

Some of the contradictory things Apple has told us, just because it suited its interests: you don’t need 3G since Edge is fast enough, you don’t want multitasking since it drains the battery, you don’t need native apps since web apps are the future, you don’t need a GPS because of super accurate triangulation, folders are too complicated, et cetera. Of course, when iOS finally got these features, it was suddenly the most advanced and brilliant and greatest stuff in the world. Another statement that Apple likely will go back on, is that phones with screens larger than 3.5” won’t sell, because “nobody wants a big phone.”

When it was discovered that the iPhone 4 had an antenna problem due to a design blunder, instead of taking responsibility for the mistake, Apple acted like a spoiled brat in kindergarten and released a series of videos in which the company did its best to show that it was possible to reproduce the iPhone 4’s reception issue on Apple’s main competitor’s phones as well. It backfired that time, though.

The company is also very quick to point out and exaggerate its own successes, trash talk the competition, and try to downplay the success of others, and Apple has said that the products of competing companies are dead on arrival and bizarre. There’s never any sign of humbleness or humility.

It’s hard to comprehend, but people in dictatorships, like North Korea, often believe they live in the best and richest country in the world, due to propaganda and because they’re so shielded that they know nothing about the world outside. That’s very similar to many of the erroneous, religious fans of the iPhone, which this famous iPhone 4 vs HTC Evo video so greatly illustrates (that almost got the Best Buy employee making it fired).

Nearly all dictatorships, major religions or political belief systems have a number of fanatical followers not listening to reason and wanting to force other people to think like they do. Apple has them to, they’re called iPhone fanboys and they’re just about the most ignorant, rude, and dedicated crowd you can find on the interwebs. In the same manner as the inhabitants of North Korea make an icon of the eternal president Kim Il-sung, iPhone fanboys usually blindly believe whatever Apple tells them to believe, even though they often don’t know anything about the options. They seldom think for themselves – exactly like people following a dictator.

Trying to discuss the shortcomings of the iPhone and Apple with a fanboy, is like trying to discuss capitalism with a communist in Russia 1953, or trying to rationally discuss religion with a Jesus freak. So, what’s the solution for people wanting to get deprogrammed? Linux, PCs, MeeGo, Android, webOS – hell, even Windows Phone 7 is better than being one of Apple’s drones.

6) Everything looks the same

While there are numerous ways to personalize other mobile platforms, customize them and make them reflect who you are thanks to the systems’ openness, Apple simply won’t allow its iOS users to do the same. You can change a static wallpaper and that’s about it. It’s the same thing in North Korea. There’s hardly any room for individuality, art, expressing oneself or being different. People are molded. Kind of like how old communist Russia often literally used only one color when painting its buildings because it was cheaper, easier and everything would look the same. Things would be “equal.”

Know any more similarities between Apple and North Korea? Do you agree or disagree? I’d appreciate your two cents.