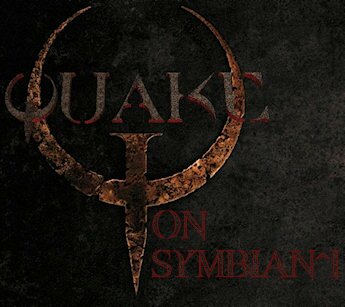 In TechCredo’s article series about emulation and retro gaming on Symbian^1, time has come for a tutorial on playing Quake I & II on the Nokia N97. This is certainly not the first guide to running Quake and Quake 2 on Nokia’s current Symbian flagship device, but hopefully it will compensate for its late arrival by being one of the most thorough and comprehensive.

Most of the tutorials I’ve read have been erroneous at one point or the other, and I hope that this article will iron out all potential pitfalls. For those unfamiliar with Quake, it is id Software’s FPS classic from 1996 that was preceded by Doom.

The Symbian ports are made by Hinkka, and since they are intended for 3rd Edition devices, the key remapping software Virtual Key is needed in order to run them on Symbian^1 phones with hardware QWERTY keyboards. Virtual Key must be signed before you can install it. You will also need the original game files in order to play Quake on your phone. If you don’t have access to the files that come with the full games, the .pak-files from the Shareware versions will work as well.

It’s a bit of a shame that the Nokia N97 doesn’t have hardware accelerated graphics, because it would have made Quake run silky smooth and look awesome, but the games are still playable and have a decent frame rate. I noticed that I still knew all the Quake maps by heart, since playing the game on my PC back in 1996. If anyone rocking the N97 Mini decides to try this, let me know how it goes!

How to Play Quake I and II on the Nokia N97

In order to run any of the Quake ports, you need to have the Symbian P.I.P.S. C-Runtime library installed on your device. It can be downloaded here. You will not be able to select where to install P.I.P.S., since it will automatically install itself to the phone memory.

Next up is installing the actual ports. For running Quake on a device like the Nokia N97, quake_v105_armv6_fpu.sisx should be used, and for Quake 2 install quake2_v102_armv6_fpu.sisx. Please note that both files must be installed to the mass memory and not to the memory card, unlike what most guides claim.

3. Copy the Game Files to Your N97’s Mass Memory

To be able to play Quake, you need the original game files. If you don’t have the full games, you can always download the shareware versions from id Software’s website, and use those files instead (the number of maps will then be limited, of course).

Now it’s time to install Virtual Key, that will allow you to control the game with your QWERTY keyboard.

Pressing the Backspace/Erase button will bring up Quake’s main menu, and Enter is used to select a menu item. Games can be both saved and loaded from the ordinary menus. If you copy my custom Quake & Quake 2 configuration files, you can use the keys below to control the gameplay. Always Run is on. The configuration file for Quake should be placed in the Quake1/ID1 folder, and the one for Quake II should be copied to Quake2/baseq2. You can select your own keys as well from the Controls menu. Look at the image below to see which buttons you can choose from.

If you have installed the Quake ports and copied the game files to the mass memory, and the games won’t start, try installing them to the memory card instead. Please note that there is a bug in the port of Quake II that makes the game crash every time you jump into water.